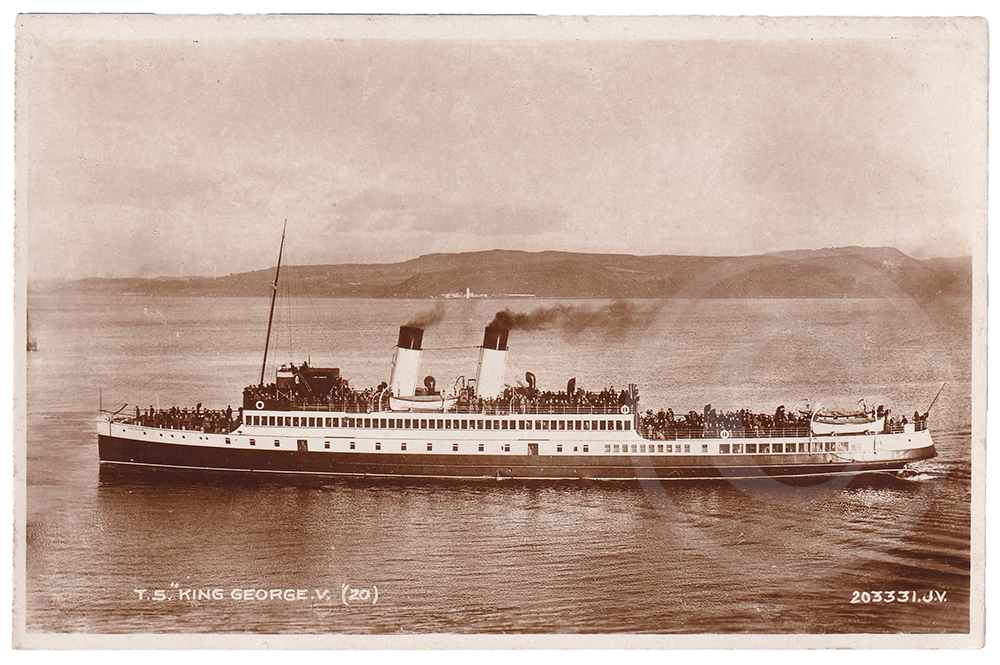 In World War II, the ship was requisitioned as a troop carrier.

In 1940, she evacuated troops from Ostend, Calais, Rotterdam,  Boulogne and Dunkirk, landing 4300 men at Dover.

She also carried Prime Minister, Winston Churchill to his battleship en route to the Atlantic Conference which took place on 9–12 August 1941.

After the war, she resumed cruising on the Clyde.

In 1981, King George V suffered severe fire damage in Cardiff docks and was scrapped in 1984.

Save 20% on your first Alamy image purchase in November. Use code NOV20OFF at checkout. Own the blank page.